This article was published in

From cheek fillers and botox to nose jobs and veneers, it’s no secret Australian reality TV stars have no qualms when it comes to altering their appearance. And the same goes for our favourite Bachelor couple Sam and Snezana Wood who spent thousands of dollars changing their pearly whites!

Before and after snaps of the reality TV couple have emerged showing their incredible cosmetic dental work which was reportedly done by dentist, Dr Reuben Sim— at the Dental Boutique— right before their wedding in Byron Bay.

According to the boutique’s Instagram page, Snezana— who’s currently pregnant with her third child— opted for “A combination of Invisalign, porcelain veneers, gum recontouring and teeth whitening” while her personal trainer hubby chose to get a number of crowns, a root canal, fillings and the removal of his wisdom teeth. He also invested in Invisalign— a non-invasive way of straightening your teeth.

What a difference!! Front on smile transformation for our gorgeous patient @snezanawood. ????❤️ A combination of Invisalign, porcelain veneers, gum recontouring and teeth whitening were completed to achieve Snezana’s dream smile. We carefully took into account her facial features, expressions, structure and personality to design a smile that works harmoniously with the rest of her face. ???????? ⠀ ⠀ Are you unhappy with your smile? For more information on smile makeovers, pricing and our payment plan options please email: [email protected] or call us on 1800 NO PAIN. ????

Snezana’s Before & After Results! ???????? Snezana’s veneers placed elsewhere were ill-fitting, short and irregular shaped, and her teeth were also crooked and misaligned. So what did we do? ???? We competed Invisalign treatment on both her upper and lower teeth to correct her bite. ???? We then improved the aesthetics of her old cosmetic work on her upper teeth with 10 handcrafted, personalised porcelain veneers. The results are amazing! More photos of @snezanawood’s before & after results coming shortly… ❤️⠀ .⠀ .⠀ .⠀ #cosmeticdentistry #teeth #newsmile #newwork #perfectsmile #veneers #naturalveneers #happypatient #love #smile #loveourjob #porcelainperfection #melbournedentist #selfie #melbourne #beauty #happiness #confidence #painfreedental #nopain #melbourne #snezanawood #snezana #bacheloraustralia #melbournedentist #dentalboutique #drreubensim

Although Snezana has always been coy when it comes to speaking about possible cosmetic work, in 2016 she revealed to Sunday Style magazine that she’d had a boob job.

“Yes, I have [had breast augmentation]. That was a few years ago; I’ve never hidden it. I’m not ashamed of it,” she said.

❤️❤️❤️ I just wanted to say Thank You to my incredible husband @samjameswood for helping me put my shoes on (and in a couple of weeks time it’ll be my pants), for helping me get up off the floor in a semi dignified manner, for rolling me off the couch and shuffling at a snails pass when we’re walking having my many and endless braxton hicks contractions, for stopping mid walking and waiting for the feeling to come back in my right leg because the baby is pushing down on a nerve and it goes numb, for telling me you love my speckled melasma covered face and telling me I’m beautiful when I have a break down because the outfit that fit me two days ago doesn’t even go past my knees today, for agreeing to watch another episode of one of our Netflix shows knowing I’ll be drooling on your chest in 3 mins and asking you to start it all over again when I wake up and most of all telling me I’m beautiful and how much you love me even when I’m not having a pregnant hormonal break down. #myhusband #mylife #pregnancy #elementsofbyron #byronbay

It’s no secret Aussie stars have a penchant for plastic surgery. Just last week, Married At First Sight’s Jessika Power— who recently revealed she’s spent over $50, 000 on cosmetic procedures— confessed to having fat taken from her thighs and injected into her breasts along with cheek fillers, lip fillers, botox, a brow life, dental veneers. MAFS’ Martha Kalifatidis also revealed last week on her YouTube channel that she’d undergone more work to fix her “botched” lip fillers.

In a video titled “SNATCHED!!! Come with me… I’m getting cheek filler and my lips dissolved” Martha was forced to dissolve her lip fillers after her doctor discovered an abnormal “bubble” on her upper lip.

“I want her to dissolve my lip, you can see when I talk this bit of my lip it sort of hangs over my teeth and I really hate that,” Martha said before explaining the first clinic she went to did a dodgy job.

“It’s a bit lumpy under there. I don’t know what that is… it gets in the way.”

“[You’ve got] a bubble that almost looks like a blister,” her doctor agreed while assessing her mouth.

Martha— who also enhanced the shape of her cheeks with fillers during the same visit— said watching herself on MAFS made her realise how unnatural and distorted her lips looked.

“Cosmetic work] comes across different on-camera because even when I watched myself [on MAFS] I thought ‘Oh my God I look [botched]’,” said Martha, who’s still dating her on-screen MAFS ‘husband’ Michael Brunelli. 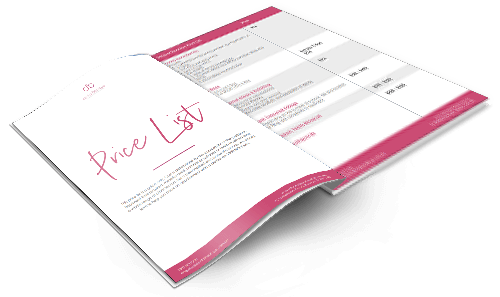